Travel to London: 10 places to visit

Each travel to London is more rewarding than the next. This cultural city center is packed with history and art, parks and beauty. You can absorb a lot just by driving through the city streets in a taxi cab, but make sure that on your vacation you visit these ten places on foot before you leave.

1. The British Museum has millions of items and artifacts to peruse. What started as Sir Hans Sloan's collection of 71,000 items in 1753 has blossomed into one of the biggest storehouses of ancient artifacts in the world. Best of all, admission to this venerable museum remains free of charge.

The massive collection covers 6000 years of human history and includes pieces from all across the world, including rare Assyrian lion hunt reliefs and Samurai armor. Our guides will take a serious yet fun approach to the museum's exhibits, addressing primordial tribes and fallen empires through a carefully selected selection of artifacts.

The Mummy of Katebet, the Lewis Chessmen, and the Rosetta Stone (the genuine rock, not the language study program) will all be discussed. You'll leave with a better grasp of what we humans have accomplished in our brief existence, and ideally, you'll be happy to call yourself a member of this amazing species. 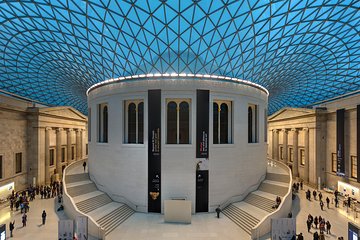 2. Saint Paul's Cathedral is one of Great Britain's most beautiful spiritual centers in London. Although it is a historic building (rebuilt in 1666 after the Great London Fire), it is still home to modern weddings and funerals. Living members of British royalty and national leaders have held ceremonies there.

The Cathedral's 111-meter-high dome is positioned in the heart of the building. The Whispering Gallery is accessible through 257 spacious and well-designed stairs. It doesn't matter if you're out of breath when you get upstairs; all you have to do is whisper to feel the uniqueness of this circular museum. Due to the unique design, sound is mirrored to the opposite side, approximately 42 meters away, and even a whisper can be heard clearly over such a great distance. There are a total of 376 stairs to climb to reach to the Stone Gallery. A small brick spiral stair case leads up to a height of 52 meters from the Whispering Gallery. Beautiful views of Central London may be seen from the gallery in the outdoor area. Unfortunately, because to a high stone balustrade, the view is limited.

The Golden Gallery, which is positioned on the summit of the dome at a height of 85 meters. It provides unlimited views of the city center as well as the Thames River. This view, however, must be obtained by defeating 528 steps in total. From the Stone Gallery, a thin, open metal spiral stairway goes up. If you have a phobia of heights, I recommend skipping this section. The Crypt contains the final resting places of great people. Sir Christopher Wren, the architect of St Paul's Cathedral, is one of them. Admiral Lord Nelson, a well-known British war hero, is commemorated at Trafalgar Square by a statue.

A trip around the cathedral is spectacular, and you can see the west front with the Queen Anne statue, the Festival Gardens, and the golden Saint Paul statue, among other things.

3. The Tower of London is a fascinating step back into time. Here, you can be horrified by the dungeons and you can marvel at the Queen's Jewels. Try not to imagine too much of the Tower's deadly history though, or you might have nightmares. No visit to England’s capital would be complete without exploring the Tower of London, of the city’s most-recognizable landmarks.

See the Crown Jewels, the ravens, Bloody Tower, Medieval Palace, battlements, the public outside areas of the Tower of London and magnificent armor displays in the White Tower, including Line of Kings. 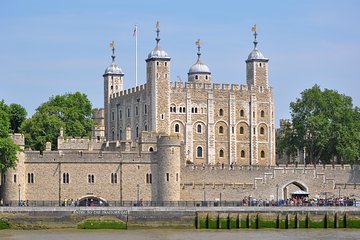 4. The Natural History Museum is a great place to take children, because of its treasure trove of dinosaur bones. Kids and adults alike will love roaming the halls of this museum, checking out its many collections in its gothic hallways. The Natural History Museum visit is a fun-filled day of science for the whole family. Botany, Entomology, Mineralogy, Paleontology, and Zoology are the five main collections, with a total of 70 million objects.

The Museum is known for its dinosaur skeletons, which are displayed in a wide gallery of Dinosaurs, which includes a magnificent Diplodocus and Tyrannosaurus Rex. Visitors can learn more about who lived when and where, as well as predators and prey, and what happened to them. It's an excellent scientific activity for people of all ages. 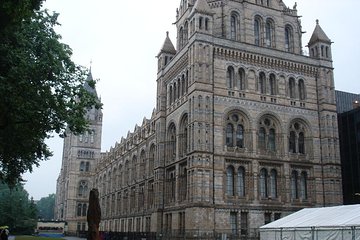 5. Westminster Abbey is one of London's most famous and beautiful churches, but it is most famous for its dead residents. Take a walking tour of the abbey and hear about all the famous literati who are buried within its walls. Every year, approximately one million people visit the Abbey to see this magnificent 700-year-old structure, which serves as England's coronation cathedral.

Westminster Abbey was founded in 1245 by Henry III and is one of England's most famous Gothic structures. Since 1066, it has served as the coronation church and as the ultimate resting place of 17 monarchs. It houses a treasure trove of paintings, stained glass, mosaics, textiles, books, and other items, as well as the UK's largest collection of gigantic sculptures. 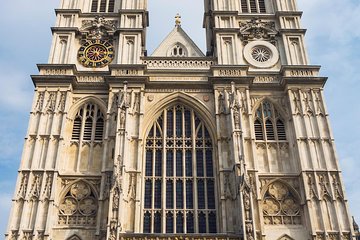 6. The Tate Modern is the best place to see modern art in London. The Tate houses paintings by such 20th century masters as Matisse, Warhol, Bacon, and many more. Tate Modern is home to a number of galleries and halls that house some of the world's most well-known 19th and 20th century works of art. Mondrian's distinctive geometric color patterns will be introduced to you.

You'll discover all about Picasso and Dali, both of whom were born in Spain and created some of their most famous works during the Spanish Civil War. Monet teaches you about the Impressionists, and Mark Rothko teaches you about the abstract expressionists. Return to the 1960s, when Andy Warhol made pop art with Marilyn Monroe and other celebrities' faces.

Take a deep breath and stand around Duchamp's "Fountain" before digging into questions about what art is in the first place. While exploring this extremely unusual museum that is unlike any other in London, keep an open mind and a sense of curiosity. 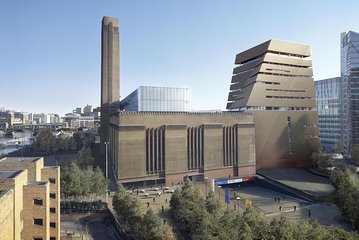 During World War II, the zoo was seriously harmed when its animals were murdered or relocated; its edible fish ended up on London tables. A rebuilding project began in 1955, and within ten years, a footbridge, the Elephant and Rhino Pavilion, a walk-through aviary, and an animal hospital were completed. In 1967, a pavilion for tiny mammals was added.

The Sobell Pavilion for apes and monkeys was built in 1972, and it also houses the zoo's giant pandas and the Zoo Studies Centre. In 1994, a summer children's zoo that had been operating since 1938 was reopened. 8. The London Eye is an observation wheel high above the city that allows visitors to London to get a bird's eye view of the landscape below. The Eye is host to millions of visitors a year and is the best way for a tourist to get the lay of the land. Sightseeing will be much more fun once you have seen the whole city from above.

The London Eye, which gently rotates over the River Thames opposite the Houses of Parliament and Big Ben, is positioned in the center of the capital. The Coca-Cola London Eye is the world's tallest cantilevered observation wheel, standing at 135 meters. It is a marvel of design and engineering that has become a modern symbol of the city and a global landmark.

For the past decade, the experience has been the number one visitor experience in the city, offering stunning 360-degree views of the capital and its major monuments. The slow rotation in one of the 32 high-tech glass capsules takes about 30 minutes and provides a constantly changing view of London. Interactive instructions in each capsule allow you to explore the capital's prominent landmarks in a variety of languages. 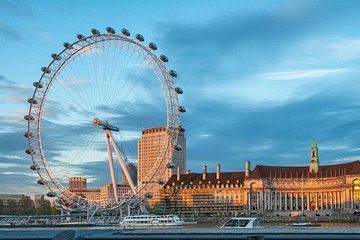 Van Eyck, Raphael, Leonardo da Vinci, Turner, Rembrandt, Degas, Cézanne, Van Gogh, Renoir, Monet, Rubens, Velázquez, Van Dyck, Titian, and Bellini are among the best Western European painters represented in the collection. No other collection is as constant in quality or covers the tale of Western European painting as well as this one.

Almost every one of the National Gallery's 2,300 artworks is on permanent exhibit. The British Government purchased 38 paintings belonging to banker John Julius Angerstein in 1824, and the Gallery was born. The photos were shown in Angerstein's former home in Pall Mall because there was no suitable venue available to showcase the collection. The collection was only brought to its current location in Trafalgar Square in 1838. 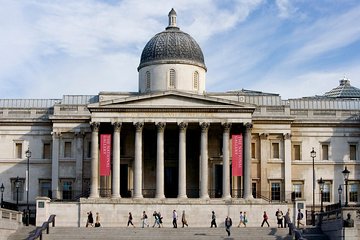 10. The Madame Tussaud's Experience is one that can't be missed when you travel to London. This is as close as a tourist can get to living history. Historical people and events are recreated in wax and animatronics. Be prepared to be surprised and enthralled by their realistic qualities.

At Madame Tussauds in London, you can immerse yourself in glitz and splendor. Join the exclusive queue for pre-purchased entrance tickets at the world-famous venue and enjoy shorter lines than walk-up guests. Take a photo with a pouty-faced Kim Kardashian or spend some quality time with stunning wax replicas of Her Majesty the Queen, Eddie Redmayne. Enjoy an additional price for entrance to the Marvel Super Heroes 4D Exhibition, a Spirit of London taxi ride, and then meet famous Star Wars characters including Yoda, Luke Skywalker, and Princess Leia. 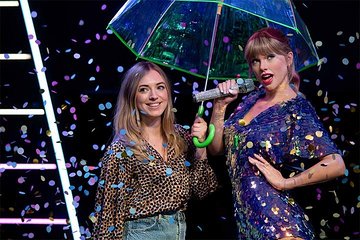 Conclusion: These 10 places to visit in London are just top one out of dozens attractions and landmarks in UK's capital. We will add more attractions and recommendation in our future posts.

This post was originally published on our parent site - gotravelyourself.com 7 Tips for Better Cybersecurity During Travel

All forms of travelers, including business or pleasure seekers, are prone to computer security...
251 0
Read more

What are the things to do in Bangkok, Thailand? Bangkok is one of the world's most exciting...
267 0
Read more

Utilizing your vacation days and taking a real vacation is critical for your mental and physical...
313 0
Read more

Do you really need travel insurance?

The short answer is: yes! Travel insurance should be integral part of your trip planning and...
553 0
Read more

Hello there! We have decided to provide service of travel related backlinks and guest posts to...
443 0
Read more

Future of travel after COVID-19

What is the future of travel after COVID-19? Since vaccination is an imminent reality and...
402 0
Read more

Since vaccines for COVID-19 are being rolled out and mass vaccination has started around the...
347 0
Read more